The Unique Role of EDGE Within China’s Three-Star System

The EDGE team and China’s top engineers have benchmarked and aligned EDGE with the “Three Star” rating label, marking a historic milestone in the collaboration of green rating systems. 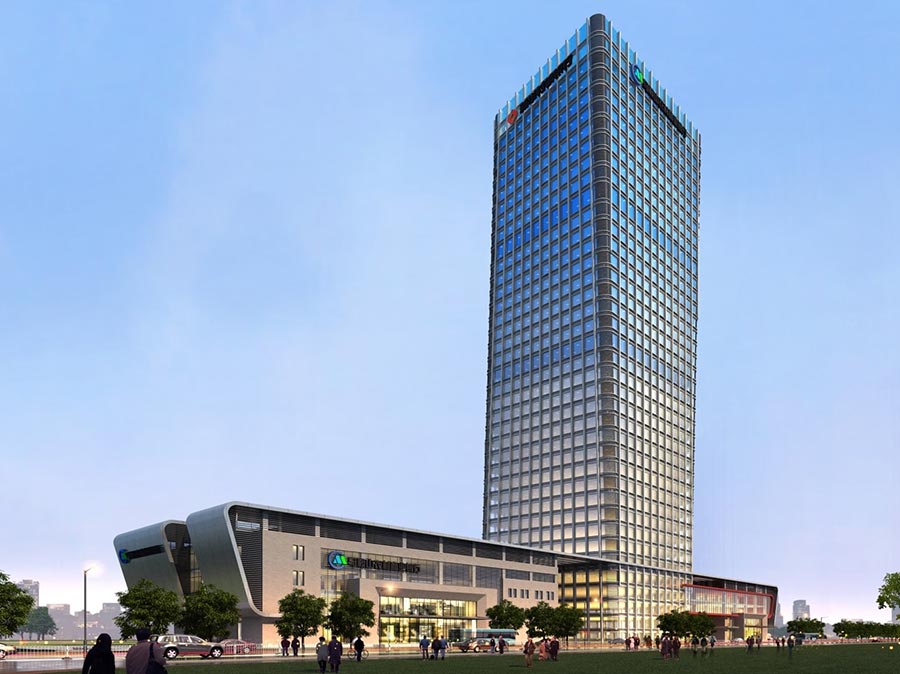 The Maanshan Rural Commercial Bank (MRCB) New Office Building has achieved a preliminary EDGE certificate from thinkstep-SGS. The 37-floor building has green features such as higher-thermal performance glass and dual flush water closets that help the company save on operational costs and use fewer natural resources.

China’s Center of Science and Technology and Industrialization Development (CSTID) now offers designers and building owners the option to use IFC’s EDGE App to achieve multiple credits towards the nation’s Green Building Label (GBL), commonly known as the Three-Star rating system. It’s the first time that a software product from an international system has been benchmarked and aligned with GBL to encourage green building growth.

CSTID, which is a public service unit under China’s Ministry of Housing and Urban-Rural Development (MOHURD), worked with IFC over a two-year period to benchmark and align EDGE to GBL, with customized outputs to create an easy process for users to earn points. Thirty public buildings have successfully achieved two-star or three-star level GBL certifications by using the EDGE App, which led to significant savings in time and resources, as EDGE replaced the complex modeling typically needed.

CSTID plans to promote the opportunity to use the EDGE App, which is available in Chinese, through training and other public awareness initiatives. The alignment empowers project owners to easily double-certify their projects and achieve both domestic and international recognition. An example of multiple certification is the global headquarters of Johnson Controls in Shanghai, which has received triple certification in GBL, EDGE and LEED.

There is tremendous potential for carbon emission reductions in China due to the magnitude of its population and growth in incomes and urbanization. Half of all buildings constructed annually are built in China, home to the largest construction market in the world. 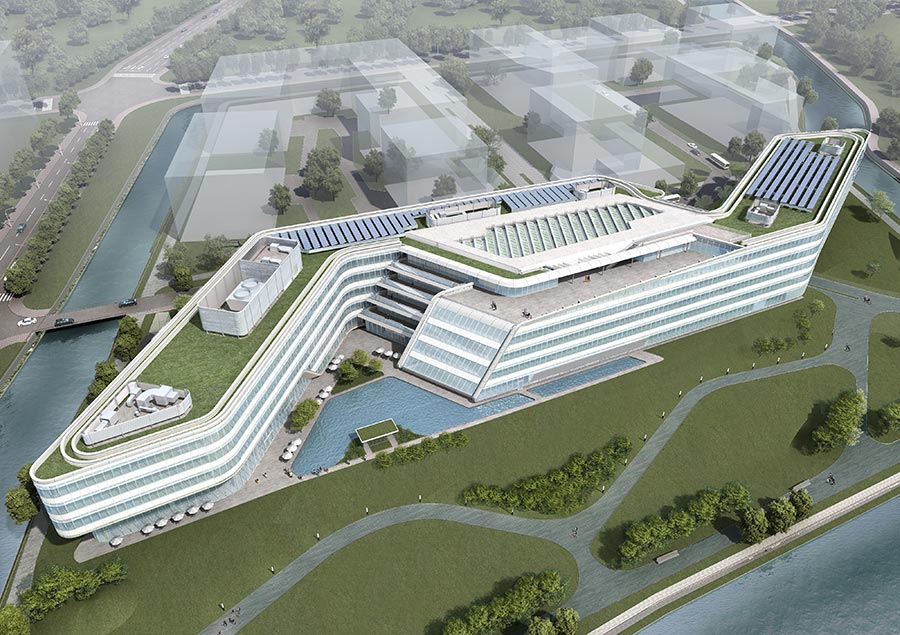 Designed by global architectural firm Gensler, the Shanghai headquarters of Johnson Controls has received final EDGE certification from GBCI. The five-story building has green features such as an automatic internal shading system and a rainwater harvesting system.

China is predicted to build the equivalent of the current built environment of Central and South America by 2030, according to data extrapolated from Navigant Research. Buildings collectively account for over 30 percent of the country’s entire energy usage. By 2020, China aims for half of its entire new building stock to be built green.

EDGE is starting to contribute to the growth of green buildings in China through adoption at scale by a number of international and local clients. The Carlyle Group, for example, plans to meet the EDGE standard in at least 80 percent of their storage facilities in collaboration with IFC. Similarly, Asia Green Real Estate plans to achieve EDGE certification for all of its upcoming developments in China, and the China Education Group has committed to EDGE certify their Guangzhou Baiyun campus. Other prominent EDGE clients include Landsea and Maanshan Rural Commercial Bank (MRCB). EDGE in China has been generously funded by SECO with additional support provided by ESMAP. For more information, reach out to edge@ifc.org.

This post is also available in: Inglês Espanhol Vietnamita