Why It’s Time to Get Serious About Embodied Energy

Prashant Kapoor, inventor of EDGE, explains why embodied energy in building materials is important, and how manufacturers play a critical role in shaping construction markets for the better.

Embodied energy is about the way a building is built rather than how it is used. It concerns the upstream value of the energy consumed by the processes associated with building production, from mining and the processing of natural resources straight through to manufacturing and transport. Embodied energy is the front-end component of the lifecycle impact of a building – and it is the part that can never be changed.

These manufactured materials are primarily used for the construction of new homes and commercial buildings due to the construction boom that is happening in emerging markets, where population growth and migration to cities will contribute to doubling building stock by 2050.

For those who still need convincing, consider the role that iron/steel, cement and industrial electricity play in India’s carbon footprint, which can be seen in the chart below. 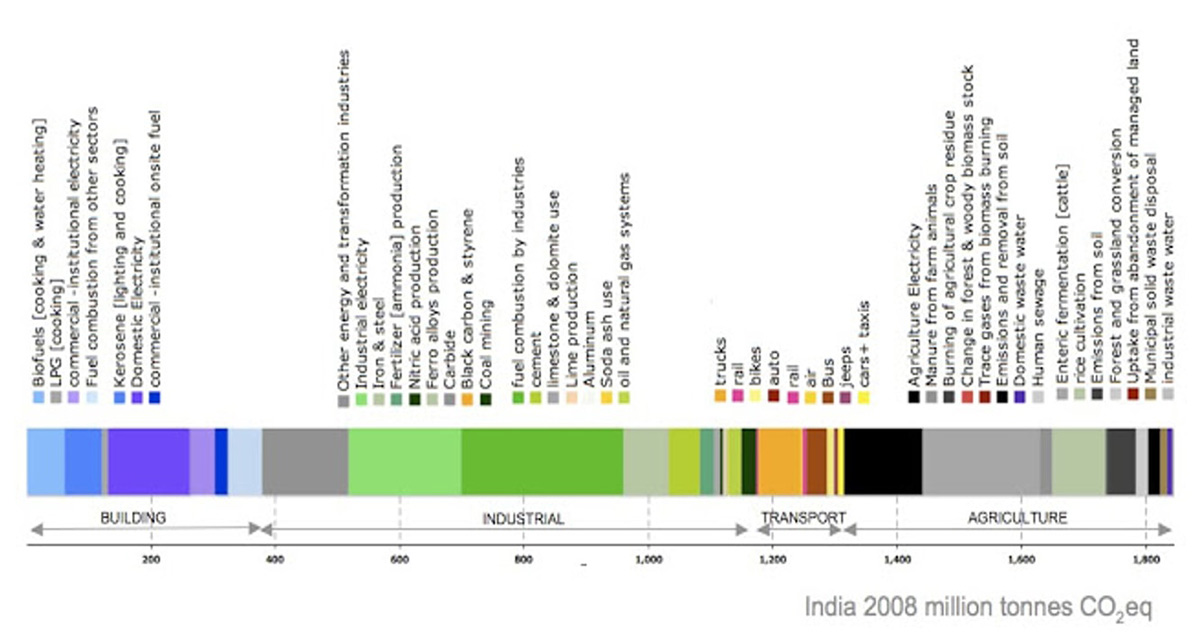 The above profile is broadly based on the data India submitted to the UNFCCC through NATCOM.

Not only does the manufacturing of building materials have significant energy-related GHG emissions, but it also causes high levels of air pollution. For example, according to the Norwegian Institute for Air Research, brick manufacturing kilns in and around Dhaka are responsible for 58 percent of the capital city’s air pollution — much more than cars, power generation and other industries combined.

Brick kilns are a major source of air pollution not just in Bangladesh but across South Asia and China, together accounting for 75 percent of the global consumption of clay bricks. More than one trillion bricks are produced annually in these countries, resulting in 1.4 percent of global GHG emissions. To avoid the continued compulsive use of such resource-intensive building materials, actionable change must occur. 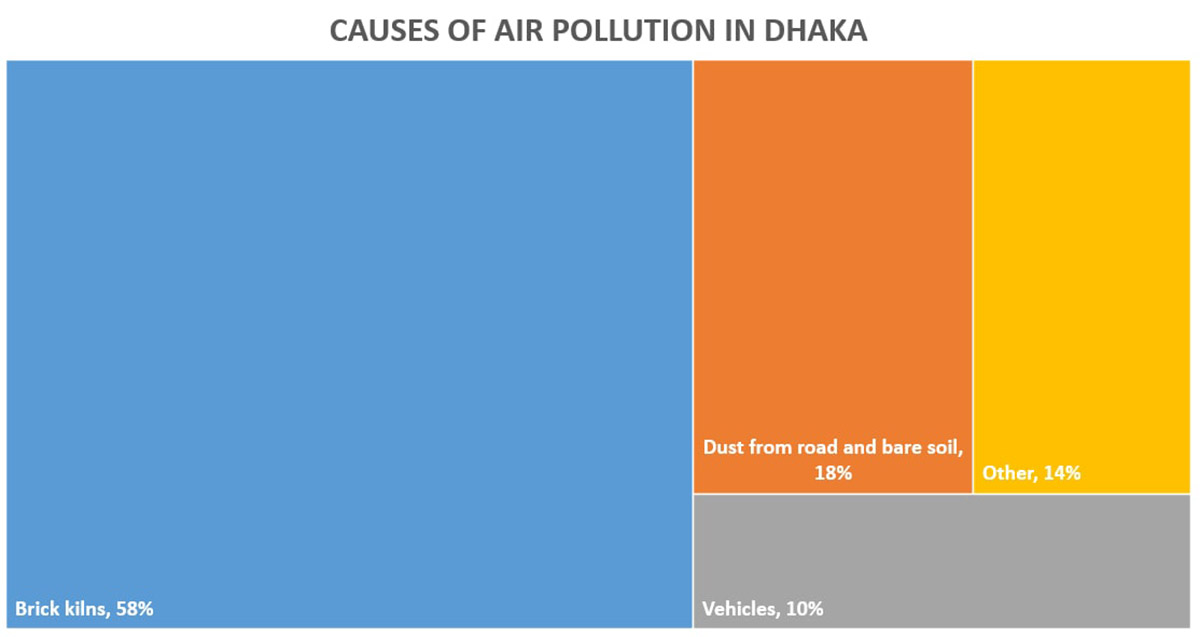 The increasing role of materials in the lifecycle impact of buildings

Most of the focus in the building industry has been on immediate impacts, such as how much money can be saved by reducing operational energy. The reality is that as energy consumption is driven down, the relative importance of embodied energy goes up.

As the global trend is towards tighter regulations for operational energy consumption (especially in climate zones with high heating and cooling requirements), the impact of the choices made when selecting building materials must be considered.

Making informed choices is much easier than ever before

Screen shot from the EDGE App.

Finding realistic ways to reduce the embodied energy of the roof and floor structure is critical if one is serious about designing a green building. These alternatives fall under four main categories:

Below is a list of embodied energy values for floor slab elements which indicates there are plenty of lower impact options available compared to a typical in-situ reinforced concrete slab.

Options that are practical and realistic depend to a large degree on the city or country where the project is located and the materials that are available, as well as the size and scale of the building. Paying attention at the early design stage and making sensible design and specification choices can reduce the embodied energy of a five-story office building by more than one third.

There are positive signs from mainstream building material manufacturers. With companies such as Lafarge Holcim pledging to cut CO2 emissions by 40 percent per ton of cement by 2030 we are likely to see commitments from others. The Paris Accord is driving over 200 companies to commit to Science Based Targets, surpassing expectations for corporate climate action.

Given the important role that building materials play in global resource consumption, air pollution and GHG emissions, it is essential that the measurement of embodied energy become a crucial part of the decision-making process for designers and clients. Recognition must also be given to those who are responsible in their choices. Through greater awareness we can create a larger market for low embodied energy products and put pressure on all manufacturers to develop alternatives for their respective markets. 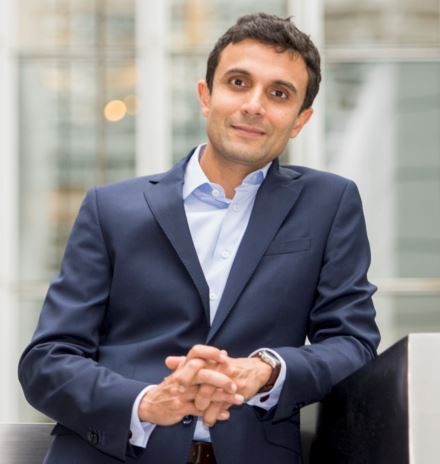